On the street where I live

I love looking at old photos of where I live and thinking about how my street came to be what it now is.

I live in South East London near the junction of two major roads - Queens Road, which runs through Peckham and Camberwell and eventually gets you to the West End, and New Cross Road, which quickly becomes Old Kent Road and will whisk you to glamorous Elephant & Castle and the City. Old Kent Road is on the lines of one of the old Roman roads out of town.

They are pretty busy routes and are, for many coach visitors from Europe who drive along this route, the first glimpse of 'proper' London. All life is here!

The 'gate' in New Cross Gate comes from the toll gate which established in 1819 to take the fees for those travelling into Central London at this junction. The area was previously known as Hatcham until two rail companies opened identically-named stations - New Cross - nearby, one of which eventually became New Cross Gate, a name which was adopted by the wider area.

So here's the junction in 1840 - I live roughly where those trees are: Keep your eyes on that white building to the right. 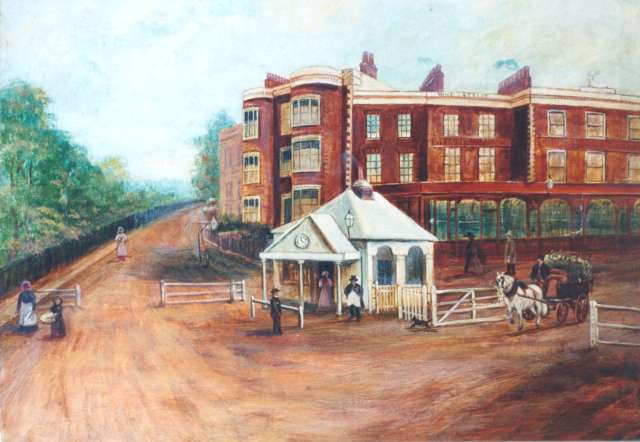 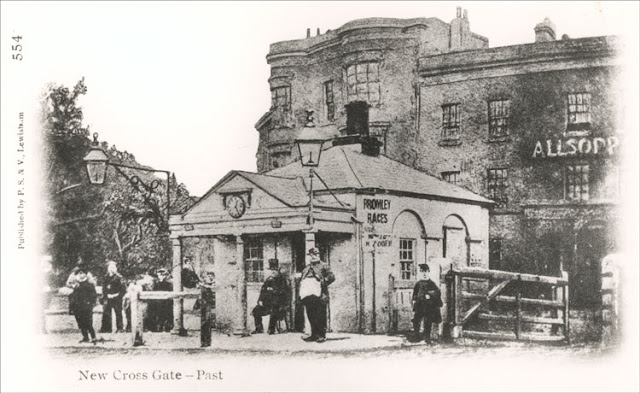 By 1900, the area looks much more populated - buildings have popped up in both directions and tram lines have been added, but the toll gate is still visible between the trams. The ad on the side of the bus is for the New Cross Empire, a grand theatre further up New Cross Road which is now gone. 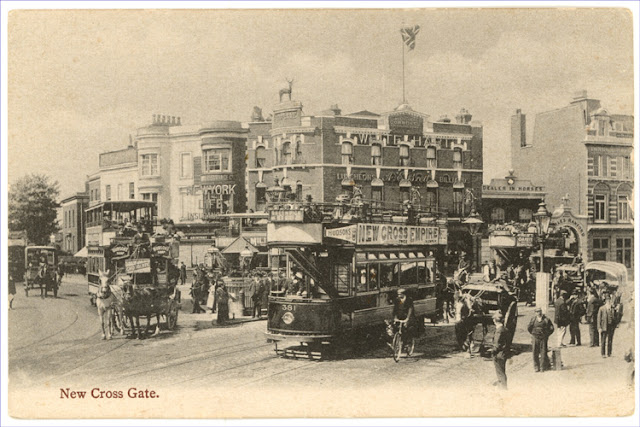 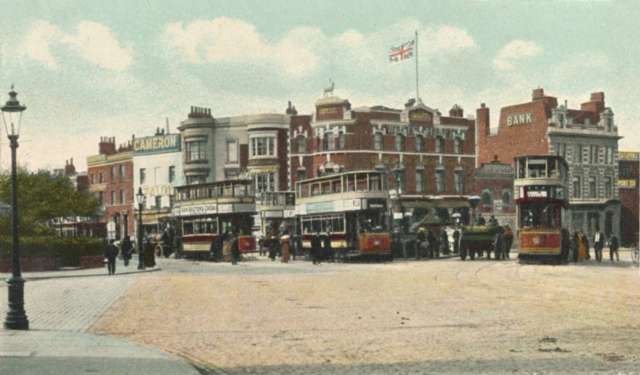 The tram stop island in 1911 - behind it is the other side of New Cross Road, roughly where Londi's is now: 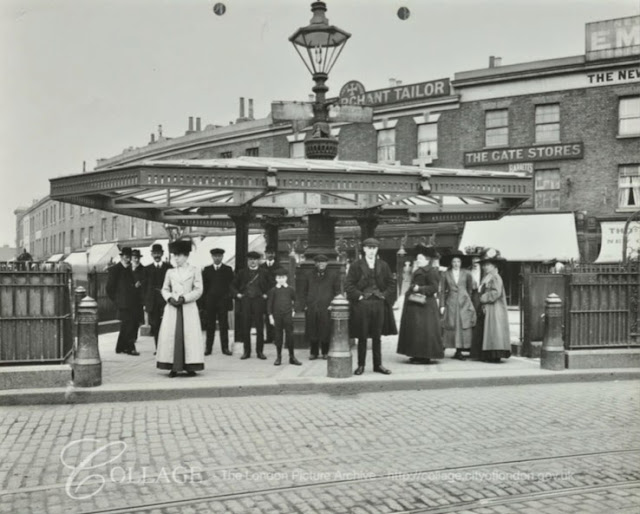 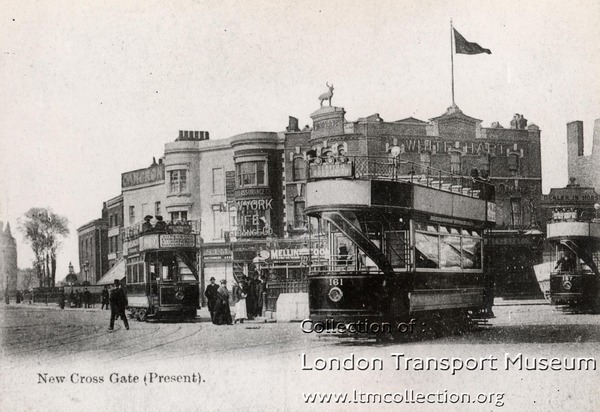 1923, looking round the corner towards Old Kent Road. There's now a tram shelter in the middle of the junction: 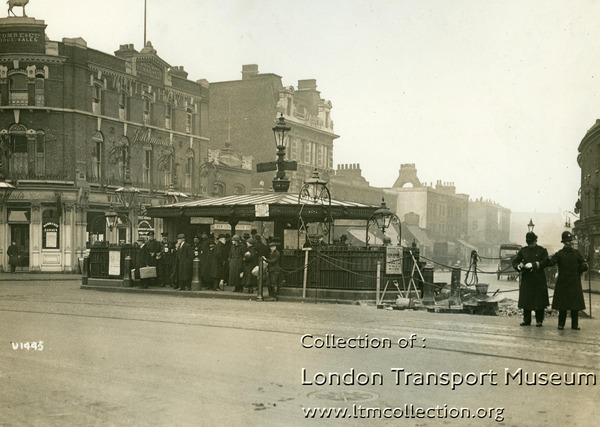 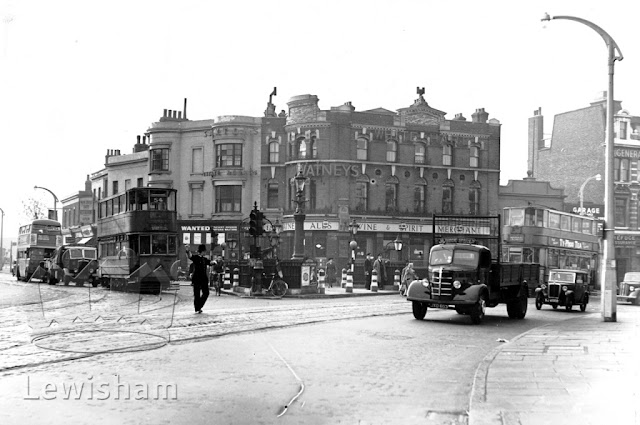 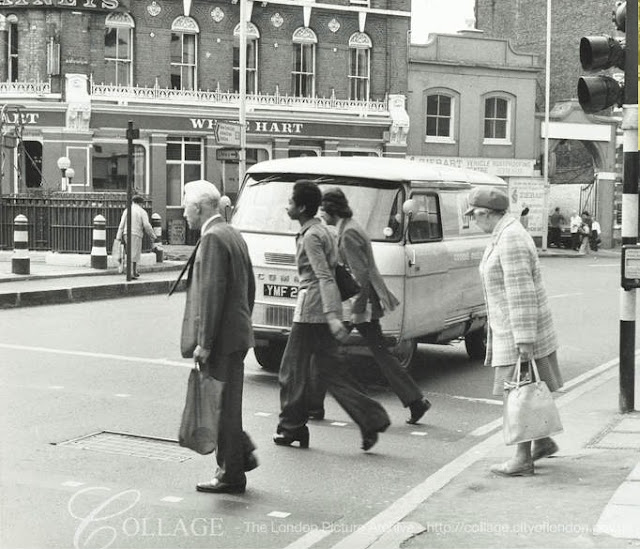 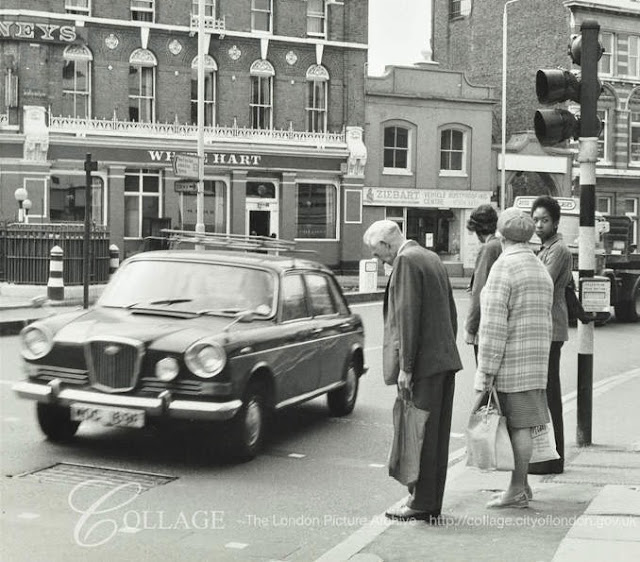 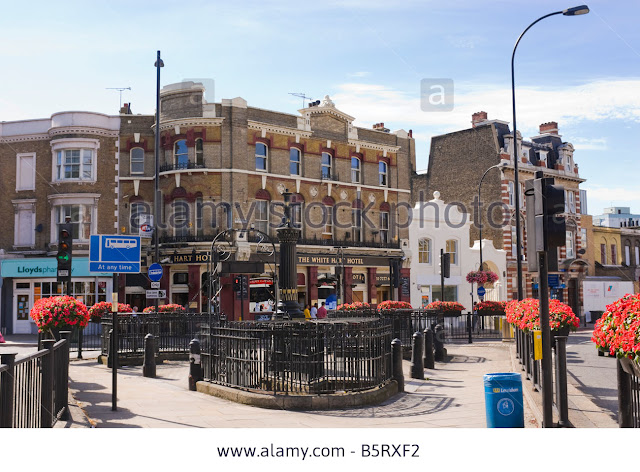 After 2010 the road layout was changed slightly, and the 'island' in the road removed. The gas lamp that appeared sometime in the 20s was moved and preserved just outside the pub.

Here's the same view today - slightly less grand-looking and a lot busier. but the White Hart and surrounding buildings are still going strong. 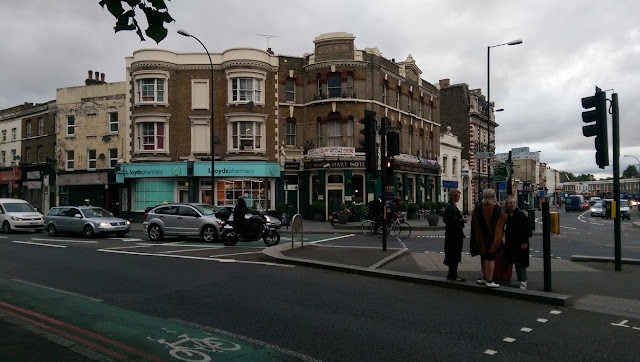 Recognise the white building from the 1840 photo? It's the longest-surviving building in the area that I know about, and now houses a solicitor's firm. It's in most of the photos above.

So that's the street where I live!

I'd love to see more photos and maps of the area if any other local history geeks have them.

PS - I was sent a link to this post from 2010 about the changes to the road layout, the history of the gas lamp and some other photos. Thanks